Expansion, Contraction, Shame, Guilt and Being a Woman 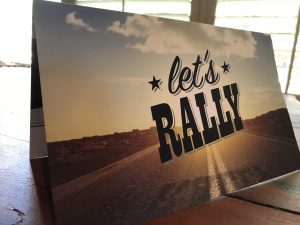 I want to tell you a story of Expansion, Contraction, Shame, Guilt and Being a Woman that happened last week. When listening for Soul’s Guidance, we often talk about feeling answers and intuition in our bodies. Getting a YES! is feeling expansion.  Getting a NO! is feeling contraction. Shame and Guilt can also feel like contraction and it shuts us down from doing what gives us expansion by fooling us with fear and upset. Here’s what happened:

First, there was EXPANSION.

Several days I got a large envelope in the mail. Inside was invitation to a high-end car Road Rally. It’s not the kind of thing that typically intrigues me; but this ‘felt’ very different. I had an immediate expansion feeling in my chest. In addition, I felt tingles on the backs of my legs. I wanted to go!

I mentioned it to my husband, Dale and as it was just a few days away, he was booked and couldn’t go. I felt sad. Who could go with me? I tentatively contacted a friend, and she said yes right away, so within 15 minutes of opening the invitation, I had RSVP’d.

Then came the CONTRACTION.

What was I thinking? Yes, I drive a ‘high-end car’, but it’s not fancy; and it’s going to be a bunch of old guys who are in to their cars. I could be in a situation where they assume I am looking for a man simply for being there. I don’t want to have to deal with that! Then, a day later, my friend texted and she had the flu. It was bad, I should probably find someone else to go. But by then, the mind games had set in, I was totally contracted from upset. I read an article on Huffington post and the author described what I did perfectly, I did what women do…deescalate, minimize and quietly acquiesce. I’ll add a fourth one….avoid.
I stayed home. I had a lovely day, I cleared out my office, listened to music and danced around the house. I told my husband I wasn’t going because I was a woman. He didn’t understand. I rationalized that this was a better way to spend my day, and that I don’t really like barbecue anyway.

A day later, however, I feel SHAME, GUILT and disappointment.

Looking back, I guilt myself. There are women in Saudi Arabia who are risking being beaten or killed for driving a car. Yet I gave in to the socialization and systems that keep women exactly where we are. I’m sad, and I don’t even want to admit that I’m now part of the problem AND part of the solution. I wish I had gone, I wish I had listened to my higher self through that expansion feeling.

Would it have changed the world?

Probably not. Would it have changed me? Maybe. But I am changed anyway. I am very aware of my powerlessness and my power. And when the next invitation comes for a road rally, I’m in.

If you would like to join the conversation about what makes miracles happen in your life and biz, join the

You can JOIN it HERE.

The BEST way to hone your Intuition so you can trust it is to practice every day! Play the Angels, Peacocks & Butterflies Game. (We can help you be consistent with your practice in the group as well.)

What is your favorite way to hear your Intuition and Soul’s Guidance? Post it here or in the group!

Have a Miraculous Day!

You Are Coach or Consultant

Your consistent business is ready for more impact and profit with fun!

YOU ARE DREAMING OF World Impact

Your thriving business is ready to go to the world marketplace.

Let's Talk About Your Mission

I Invented A GAME

A game that creates miracles for all business owners who play it. Day by day. 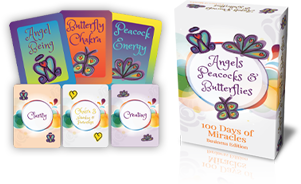